Take me back to the classic site

You can return to the new experience at any time.

What to Write For Each Year’s Wedding Anniversary Card 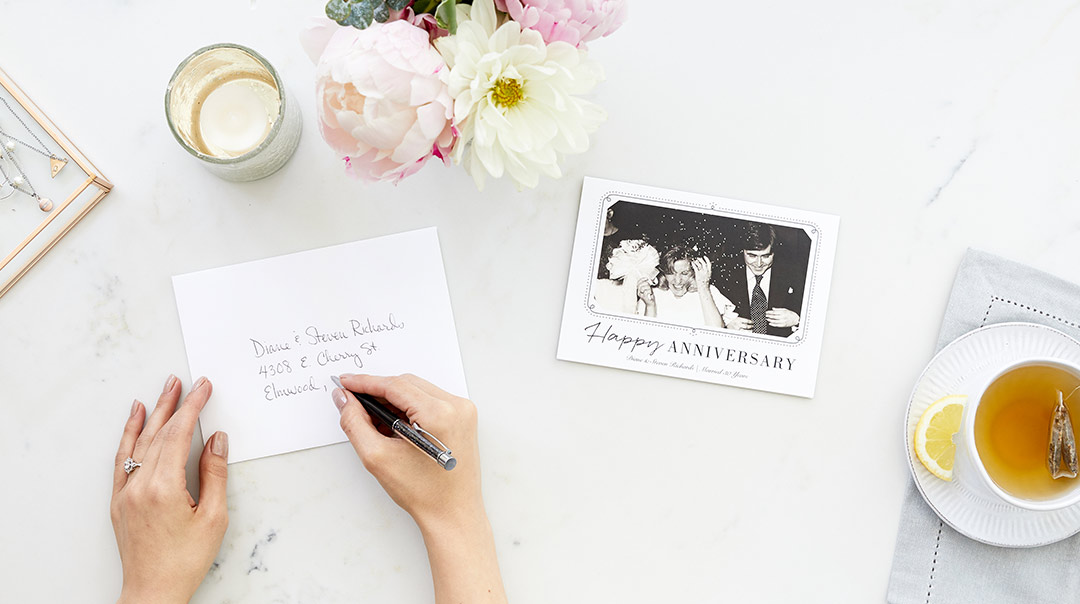 Want to customize the greeting in your anniversary card to match the wedding traditions for milestone anniversaries? Check out these simple wording ideas:

Congratulations on turning the first page of many in your love story! Happy First Anniversary!

Like initials engraved on a tree, you are imprinted on each other's hearts forever. Congratulations on five years together!

May the love that unites continue to shine year after year. Happy Anniversary!

It's crystal clear that the two of you were meant to be together forever. Happy 15th Anniversary!

While love may be as delicate as china, with the two of you, it is sure to last a lifetime. Congratulations on spending 20 beautiful years together.

Wishing you 25 more years of bright, shining love for one another. Happy Anniversary!

Your love sets the gold standard, inspiring others to stick together come what may. Congratulations on this momentous occasion!

True love is more priceless than the finest diamond. May the two of you sparkle together for many more years to come. Happy Anniversary!

You can incorporate any of these greetings and a special picture of the couple into one of our Photo Cards to send a one-of-a-kind message to that special couple. With FREE Same Day Pickup, you're sure to have your anniversary card signed, sealed and delivered on time.

Feedback
Feedback
Feedback
Need help now?
Having trouble or want to ask a specific question? We’re here to help you.
Contact support
Tell us what you think
We use your input to improve the site. We review all the feedback but will not individually respond to it.
Send feedback
Feedback
Feedback Form Description
See answers to common questions. FAQ
Thank you for your Feedback

Got it! Thank you for helping us improve the site.Got it, Thanks!